Counting Sheep (and Cows and Goats) 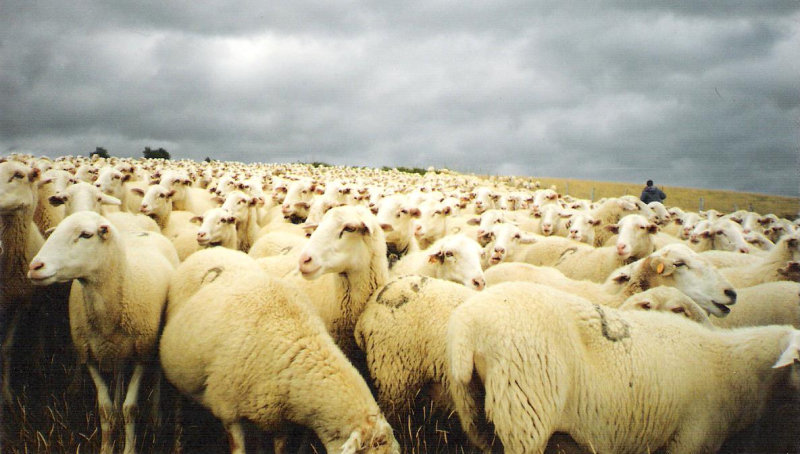 Sheep have the legal right-of-way on two of Madrid’s busiest streets. What? Sheep on the streets of a major European city?

Madrid streets Alcalá (east-west) and the Castellana (north-south) are part of Spain’s nation-wide system of livestock routes, used for centuries to take animals between summer and winter pastures until it became easier to move them by truck or stay year-round in containment lots.

Today most of the longest migrations are no longer necessary, but even now some four – six day migrations take place. Walking these traditional routes with the flocks is sometimes the best way to reach isolated grazing areas.

A bit of history: Created in the middle ages for the powerful sheep-owners organization (the “Mesta”), these routes are a highway system for migratory livestock, an incredible network of primary, seconday, terciary routes and rest areas.

Depending on category and location, route width varies from 82 to 20 yards, reach a total length of about 125,530 kilometers (78,000 miles) in Spain and cover about 1% of Spain’s total area. This sounds unbelievable, but the routes are the animals’ road and dining room, so they need to be wide enough to sustain large herds during long migrations.

The full network of livestock routes is public land with public right-of-way, but as the routes fell into disuse in the middle of the twentieth century, local governments and private individuals began using the land for farms, private homes, highways, streets, golf courses, soccer fields and other uses, often cutting off the legal right-of-way for animals and people.

Protests by ecologists and the remaining migrating herders forced some protective legislation in the eighties and nineties. There are still infractions against the routes, but now there is a legal structure in place to protect this part of Spain’s rural heritage, varying in effectiveness depending on the region.

And now? With the growing popularity of active tourism in rural areas, walkers, bikers and horseback riders are finding new uses for these old routes. Even without four-footed companions, these routes are a great way to see rural Spain.

European Union mandates to protect traditional lifestyles also help. Originally with EU funding, Spain funded partial recovery of a few migrations, using different routes and stopping in towns and cities along the way to educate the young (and remind the old) about a way of life from Spain’s not-too-distant past. 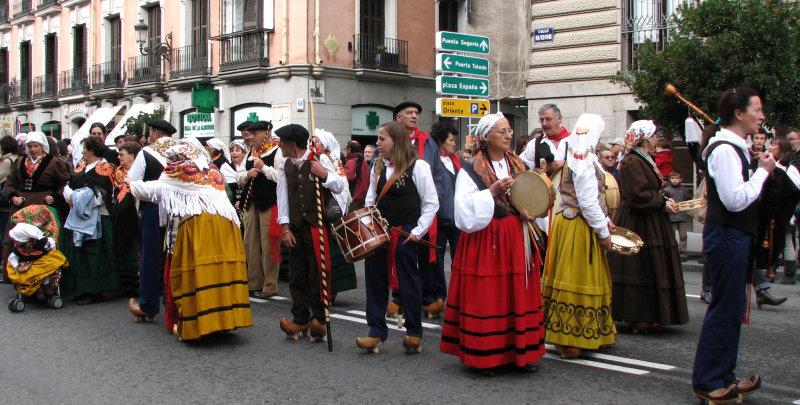 In Madrid, this is a sight to behold. As part of the traditional ceremony, the head shepherd, in full regalia, pays the traditional tax to the mayor of Madrid. And for a Sunday morning each year, Madrid’s streets belong to the sheep and to their keepers.

The streets are crowded with people, the sheep endure excited children and way too much asphalt, snatching mouthfuls of street-side greenery whenever they can. Elderly men comment on the flock, still knowledgeable of rural ways after forty or fifty years in Madrid. The herds are accompanied by shepherds, musicians, and groups of people from the herds’ home territory, all dressed in traditional costumes for this “sheep fiesta” in Spain’s capital. In the last few years, cell phones and digital cameras have added an amusing touch to this event: imagine a woman in a long skirt and wooden clogs on a rope-haltered donkey talking on a cell phone! A quirky mixture of old and new, modern and traditional, like all of Spain

So during your next trip around Spain, if you see a herd of sheep, cows or goats on the streets of Madrid or rural highways, slow down, stand aside and enjoy the sight. You’re seeing part of a centuries-old tradition.